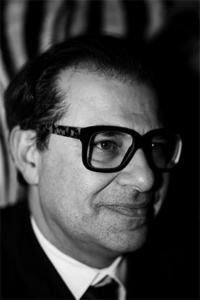 One of the founders of Arché Studio Legale, Stefano Cavanna was formerly a member, from 2001 to August 2016, of the law firm Conte and Giacomini Avvocati, with whom he had collaborated since 1997.

Stefano Cavanna’s interests and professional skills originally focused on the interactions between purely private law and commercial and corporate law (gaining experience both in the legal practice and in the context of his university and academic activities). He then went on to study trusts and trust property, trademark and patent law, medical and insurance broker liability and legal matters relating to communications, defence, aviation, design, the construction and marketing of yachts and mega yachts, as well as anti-money laundering and currency transfer laws and internalisation, with particular regard to the South American area.

He has defended in numerous litigations   before all relevant national jurisdictions and higher, the European Court of Justice and the ISVAP/IVASS Disciplinary Commission.

He assists and advises major brokerage firms operating in the sector of Italian insurance intermediation and as part of a network of EU and extra-EU brokers, on an international scale for leading domestic and foreign shipowners, and for leading certification and classification companies. To these firms he provides out-of-court advice and/or legal assistance, addressing issues of an international nature (e.g. jurisdiction, immunity, etc.).

He assists and advises leading companies operating in the manufacture and maintenance of finished aircraft and aircraft parts, both in the civil and military sectors. In the interest of these companies he has also handled the reorganisation of overseas subsidiaries, provided consulting on the subjects of state aid and contracts, including on an international level, and has also defended important cases in higher courts.

He acts as lawyer and general consultant for one of the leading worldwide manufacturers of yachts and mega yachts.

He is general consultant and head of the legal department of an important technological / industrial start-up company based abroad.

From January 2008 until 2013 he was a member of the CO.RE.COM of Regione Liguria, providing legal advice internally, as well as in the context of the study commission ‘Quality in the Telecommunications Sector’ of the CO.RE.COM National Conference.

He is active as arbitrator appointed by the President of the Court of Genoa and also as lawyer in numerous arbitrations.

He assists in major international matters, particularly in the South American area (Peru), relying on the collaboration of top professors/lawyers.

Since the beginning of his career he has collaborated with the University of Genoa and held conferences in Italy and South America. He is author of many publications in leading Italian and foreign legal journals.

He has a good knowledge of spoken and written English.

Lawyer at the law firm